After spending the last 20 years of my career building the best electrician company in Southern California, why isn’t it enough?

There are many “reasons” that we continue to push for more and more.

1. Peer pressure. If you surround yourself with successful people…and you should, you will likely pursue more success.

2. Chasing others. If you surround yourself with mentors, teachers and people who are more successful than you…and you should, you will likely pursue more success.  Most of time we lose an appreciation for all that we have accomplished and we just focus on the imaginary mud they are kicking into our face by being more successful than us. 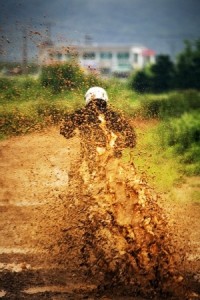 3. Marketing. Those marketers are clever and dangerous people.  They are masters at manipulation and they twist and distort the world enough so that we begin to believe that we can’t live without that latest shiny thing.

4. Trying to be good enough. Maybe there is someone that you felt was always a little or a lot disappointed in what you have achieved.  They don’t seem to be satisfied at where you are.  They are always asking what’s next and they silently nudge you into wanting the do more, have more and be more.

5. Bills.  Not people named William. I mean reflections of past decisions that resulted from trying to have something before your wallet was ready to pay for it.  So you borrow for it. You charge it. You run up bills. And now you are left with even less money from your paycheck. Now you have to run that much harder to cover the current living situation and to pay for those previous decisions.

6. Bill and Nancy.  This time I do mean a person named William.  Our neighbors.  Keeping up with the Jones. Only there last name was Watkins.  And they were very successful and they were our friends and we had to keep up with them.  Have you ever compared your self to someone else? You’ve felt like you “should be” at about the same place in life as them. So, when they upgrade the boat, you upgrade your boat.  They get a new Benz every 2 years. You get one after 18 months. When does the silent competition stop?

7. Just plain old greed.  Some of that new stuff they come out with really looks fun and awesome.  I just end wanted the theater room.  It’s a long way from watching movies on that first cheap sofa I had in my first apartment.  That red and gold print matching sofa and love seat from Rhodes Furniture.  And reaching over to put my glass on the glass top end table that I brought home and assembled myself.

8. I deserve it.  I tolerate the crazy customers.  I work the crazy customers.  I have sacrificed time and time again.  When do I get to reap the rewards of my work and all these years.  Sometimes it seems like the hard work may never end and I may never actually get to my goal. So I’d better get it now while the gettin’ is good.  I don’t want to be one of those people who works like a ditch digger for 40 years and then retire to live the good life. For 2 months.  How many people do you know that retire and then they fall over on the golf course or they get diagnosed with some monster cancer?  I’m afraid of being that guy.

9. Which brings me to fear.  I can’t quite put my finger on it but I know that I have made a lot of decisions based on fear.  And they turned out to be crap.  Fear that people won’t like me.  Fear that I won’t get the job if I don’t look a certain way.  Fear that my kids will grow up with issues if I don’t buy them a thing. Fear that the business will disappear if I don’t have the newest piece of equipment or training.  Fear. fear. Fear.  Ghosts and goblins and trolls and wicked witches.  All crap.

10.Alimony. And child support.  2 big reasons.  Screw that, $8000 reasons a month.  Another on of those crap decisions that led me to ruin a damn good marriage to a good girl.  And now it kicks my butt every month I have to write that check.  And of course my current wife has to have everything she wants so she doesn’t get jealous…

I wanted this post to be more about what I have learned than a whining session.  I think I ended up with a little of both.

If you want a less whiny version, try listening to this Audible Book that I am listening to now called, “The Importance of Being Extraordinary” by Eckhart Tolle and Wayne Dyer.